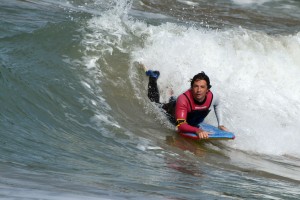 It just goes to show, it doesn’t matter how well you bodyboard, there is always room for improvements … We just received these words from one of the UK’s most respected riders, Colin Crowther, after the highly successful ThreeSixty/Bodyboard-Depot UK and Ireland coaching tour to Jersey.

Great to catch up with Col and the crew and also to coach riders of mixed abilities, guys that surf well already but still want to continue improving. Check it out…

Name: Colin Crowther
Age: 41
occupation: Senior Compliance Administrator
Years bodyboarding: 26
Event that you took part in: Jersey coaching weekend
What did you think of the weekend: Being an experienced bodyboarder with quite a bodyboarding history behind me, that has included competing, judging, and organising bodyboard events all around the British Isles and Europe, I was quite nervous signing up for the coaching weekend knowing that I would have to surf in front of, and be analysed by, a rider of Rob Barber’s stature, especially as I have crossed paths with Rob at various bodyboarding competitions over the years. Nevertheless, I had personal goals that I wanted to take out of the weekend and was keen to give it a go.

Right from the off, Rob made an observation and gave a simple tip that instantly helped me generate more speed. 26 years of bodyboarding behind me, and yet a simple minor adjustment, instantly gave results, which in the future I will utilise to help me carry more speed into and out of my manoeuvres! Throughout the weekend Rob gave a useful insight into how I could improve my technique, and from analysing the video footage from the weekend, I could understand exactly what he was seeing. Going forwards I now have areas I want to focus on that I think will make a big improvement to my riding, which if I am to be honest had probably became a little set in its ways in recent years.

Overall, it was a great weekend, which brought together bodyboarders of various abilities who all benefited from not only Rob’s direct coaching methods but also from watching each others attempts to follow Rob’s instructions too. As I said it was a great weekend and everyone came away stoked; therefore, if you have the opportunity I would thoroughly recommend taking one of Rob’s coaching courses no matter what levelyour riding is at. I already have things in mind that I would like to work on for next time.