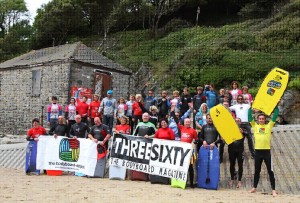 Spongers from far and wide made sure to attend the Welsh leg of ThreeSixty Bodyboard Magazine’s Coaching Tour sponsored by The Bodyboard-Depot and Science Bodyboards last weekend … and it was a superb event.

For the second year running Llangenith in Wales has been the most popular stop on the ThreeSixty Coaching Tour. The tour, an initiative of current UK Senior Champion Rob Barber, aims to increase public awareness of bodyboarding through five stops at prime surf locations in the UK and Ireland.

A crew of 17 bodyboarders aged between 16 and 53, from all over the country descended on Llangenith for a weekend of bodyboard coaching, socialising and good times. The group comprised of a great mix of experienced bodyboarders looking to refine techniques and work on specific manoeuvres to riders who were complete novices, testing the water for the first time. The first day the crew were treated to some challenging overhead waves at Llangenith. The conditions provided the group with plenty of opportunity to practise paddling, duckdiving and wave selection. The second day saw a dramatic increase in swell size so after consultation with local expert Lloyd Cole of Lloyd Coles Surf Academy the group moved along the Gower to Caswell Bay. Caswell treated the group to a whole day of clean 2-3ft surf, which meant perfect conditions for Head Coach Rob Barber to really push the level of performance through use of video coaching and manoeuvre specific saturation training.

Rob commented “There are so many bodyboarders from Wales that come for lessons with us at Newquay Activity Centre or on our overseas trips that it is really great to get up to Wales and see where they all surf and to meet some new faces. This is our second year up here and Wales is definitely my favourite stop on the whole tour, we always have great waves and it is great to see how the level is improving. I can’t wait to come back here next year”.

The Llangenith stop on the ThreeSixty Tour had the added advantage of being sponsored by Science Bodyboards and the UK’s newest and most exciting bodyboard retailer The Bodyboard-Depot. Each of the participants received a stuffed goodie bag at the end of the weekend. The winner of the coveted most improved rider award went to Jason Hughes from Swansea who won a new Science board. Jason showed some fantastic improvements throughout the weekend and landed two barrel rolls in the afternoon session at Caswell.

Jason was elated with his win and commented:

“It was a great weekend as always, I’ve been working on rolls for a while now and for it all to come together and then to win a new Science board as well is just awesome. I will definitely be doing some of the overseas trips with Rob’s bodyboard school this winter. Thanks guys.”

The next bodyboard coaching event is in Newquay for the Bodyboard Summer Camp at the Newquay Activity Centre from the 22nd – 28th August. The week long camp will give bodyboarders the opportunity to hone their skills on the most consistent waves in the country using video feedback and the most cutting edge coaching methods, it’s open to riders of all abilities. The tour will head to Jersey on September 10/ 11. There are 3 further coaching events in Newquay on the September 17/18, October 1/ 2 and 15/16 respectively. For further details please check out bodyboard-school.com or call 01637 87957 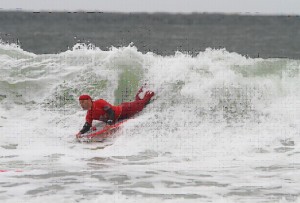 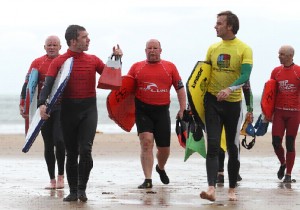